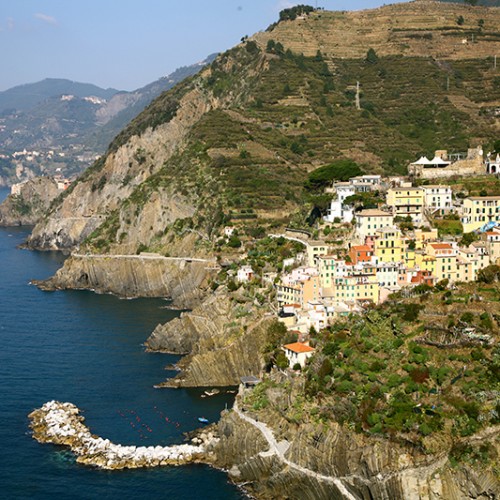 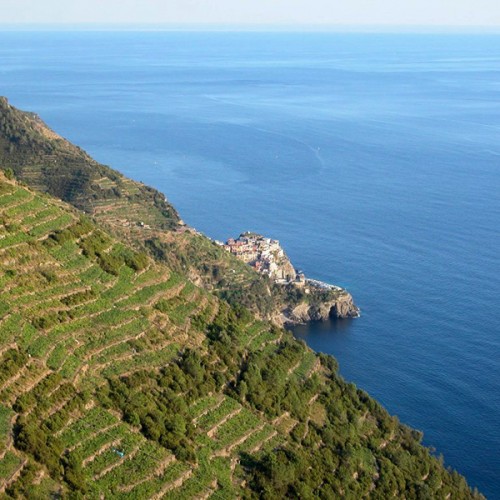 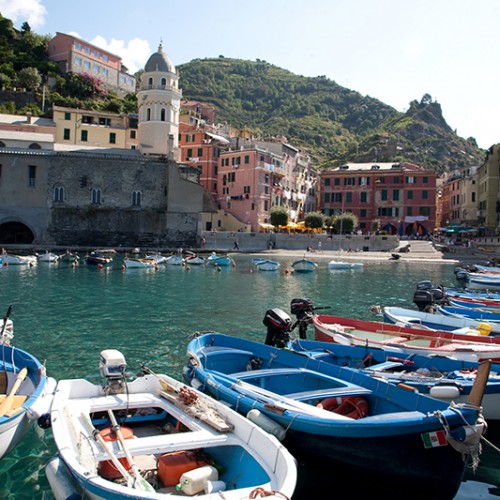 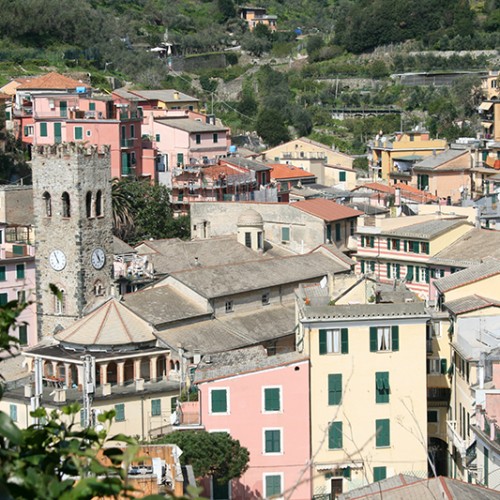 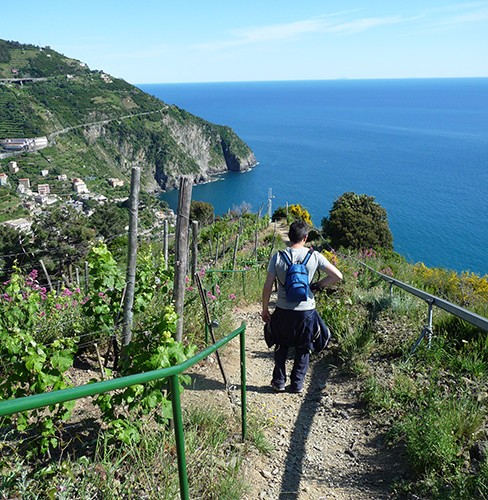 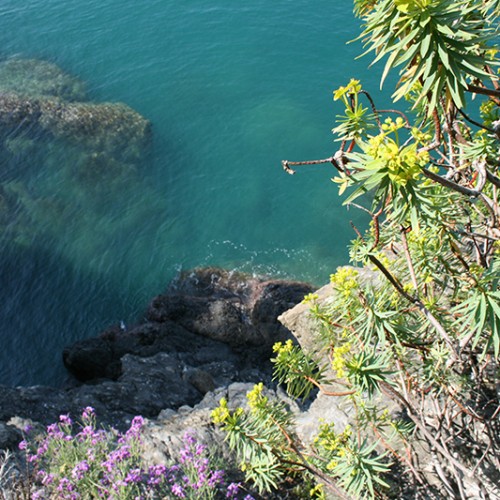 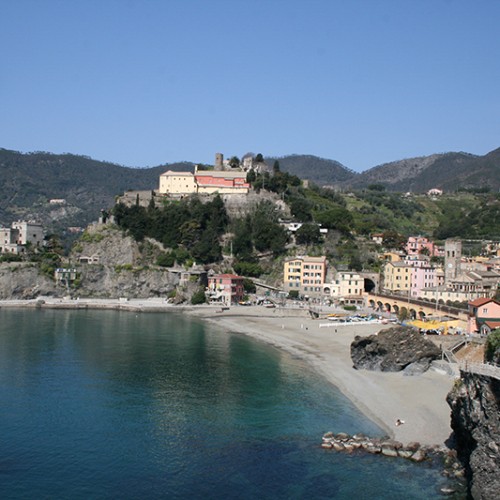 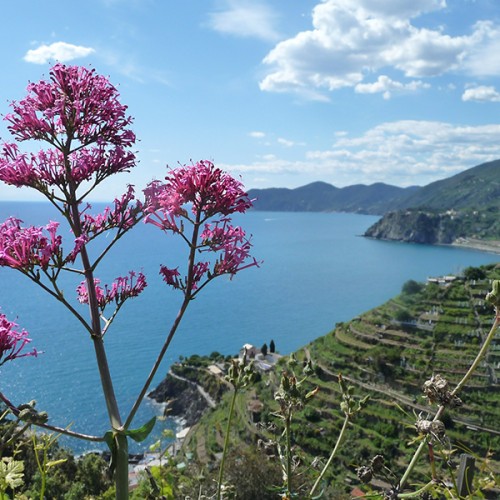 Five miles of rocky shore in Eastern Liguria, two promontories at its uttermost ends, thousands of kilometers of dry stone walls cultivated with vines, five mediaval little villages which stand on stony spurs or situated as “clusters” in small creeks: these are the “co-ordinates” of the Cinque Terre, named like thaht since 1448. At last they are a National Park and a territory protected by Unesco becausa they represent a “reality” of environmental naturalistic interese; this zone is characterized by the presence of typical steep sloper cultivated with vines thanks to terraces, unique witness of the transfromation of the territory carried out by man’s hard – working the “suggestive” kind of coast falling sheer to the sea, whit cliffs which are often vertical, alternated with small creeks and enchanting beaches among rocks, ehit depths rich in fish make this territory a real Natural “work of art”

This website uses cookies to improve your experience while you navigate through the website. Out of these, the cookies that are categorized as necessary are stored on your browser as they are essential for the working of basic functionalities of the website. We also use third-party cookies that help us analyze and understand how you use this website. These cookies will be stored in your browser only with your consent. You also have the option to opt-out of these cookies. But opting out of some of these cookies may affect your browsing experience.
Necessary Always Enabled
Necessary cookies are absolutely essential for the website to function properly. This category only includes cookies that ensures basic functionalities and security features of the website. These cookies do not store any personal information.
Non-necessary
Any cookies that may not be particularly necessary for the website to function and is used specifically to collect user personal data via analytics, ads, other embedded contents are termed as non-necessary cookies. It is mandatory to procure user consent prior to running these cookies on your website.
SAVE & ACCEPT